It’s been a long time since I have woken up so early in the morning to go for a run; however, running with my running group – Run 365 – and seeing so many familiar faces and meeting new friends make everything relatively easier. Running and hitting a mile after another mile is much more fun when you are doing it with people surrounding you. It’s just as in life. When you have people you love around yourself, you feel much better, happier, and loved.

However, the not so happy part of the morning came up when some running buddies started telling me that they are leaving the Bay Area for good, such is the case of Anthea, my first pacer during my first marathon. Hope everything goes excellent for you! Thanks for every word and run 🙂 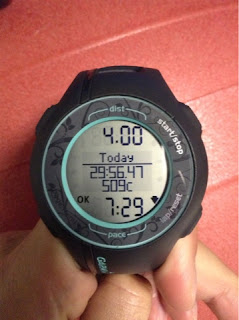 After the entire running and working session, I decided to go for some human gasoline and this is what I had… 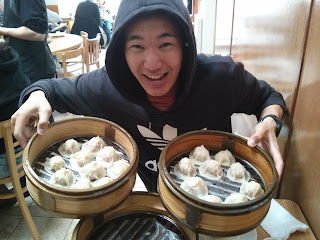 We ordered four orders of Shanghai Steamed Dumplings in one of my favorite places in San Francisco. Good non-expensive food! You guessed correctly… Food comma!

Every sport has its own methods and tricks and rock climbing was not different. It’s been a long time since I did rock climbing for the first time, but boy how I enjoy all these extreme sports! I hope you guys enjoy the photos…

As a surprise I saw Emily, my cousin, rock climbing like a pro… She’s a serious rock climber! I’m happy I got to see you after so long! 🙂

As a result of rock climbing: sore hands + blisters, but a happy boy with ice cream cone 🙂

Thanks Michelle for joining and David for recommending the place.